Since 2015, I’ve received a growing number of questions from western men asking questions like:

Well, the answer requires much longer explanation, hence this article.

A few years ago, I read an article written by a journalist in Singapore who interviewed Daiyaan Caan, founder of Bizz (an online business school which is closed now because Daiyaan has changed his career completely). At that time, Daiyaan was building his Online Business Academy in Singapore after living in Bali for a while.

When Daiyaan was in Bali, he didn’t like it because he was constantly dealing with mosquitoes, con artists and slow Internet connection. It was a frustrating experience. Of course, we do acknowledge the fact that Bali has the most beautiful scenery in Indonesia. Yet it is probably not the best location for entrepreneurs. 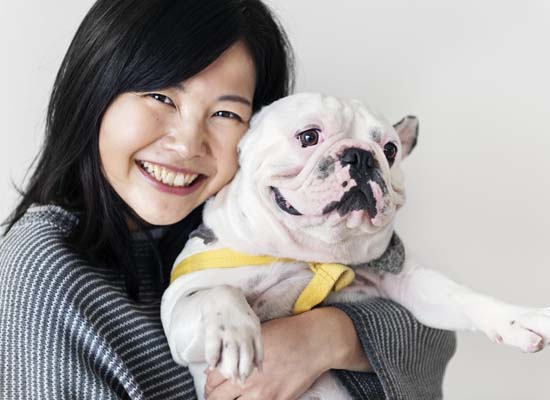 Then Daiyaan moved to Singapore and he absolutely loved it, as Singapore is very clean and civilized with advanced Internet and other technology. Better still, Daiyaan was able to meet high achievers who are also interested in entrepreneurship. It is indeed one of the best places in Asia.

In contrast, when a woman gets less education, she is much more likely to have more kids.

My neighbor’s grandma was born in 1918 who had 13 children and she was an illiterate woman from Singapore.

My neighbor is a 35-year-old Singaporean beauty– she is beautiful, energetic and cultured with an advanced degree from a well-known university. But she is not even dating anyone. She wants to be childfree and do whatever she wants. 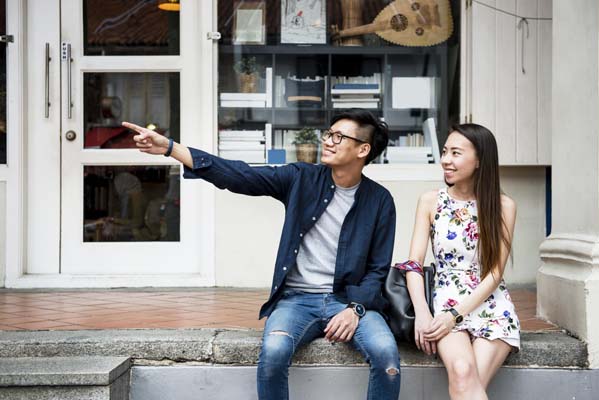 And she looks like her grandma. I’ve seen their photos.

But the major difference is she was born in contemporary society that told her to believe in the modern, westernized value system, i.e. going to university and having a lucrative career should be more valuable than starting a family and taking care of her husband & kids.

All of her friends have watched the American TV show S*x and the City, so they are influenced by American culture – they enjoy being single and free.

In order to write this article, I interviewed my neighbor who kindly shared her insights with me in detail.

“In the past, my grandma needed a provider, so she married my grandpa when she was a teenager,” says my neighbor, “She had 13 children. My grandpa protected her and provided for her.” 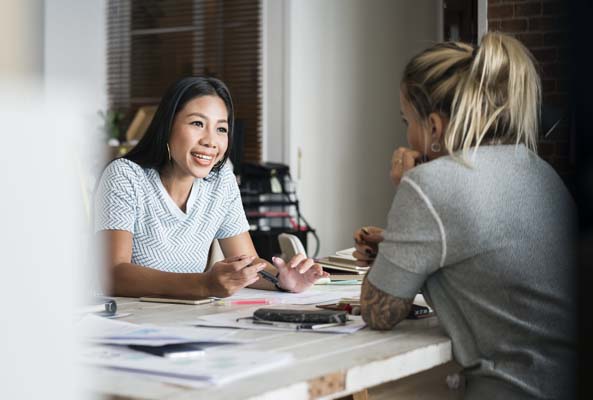 “Why do modern Singaporean beauties prefer a different lifestyle today?” I asked.

“Nowadays we prefer a different way of life because these days Singaporean girls can go to university and find jobs. In other words, now we are protected by the government due to the comprehensive law and policy. Also, today the provider is our careers – my job is the real provider. That’s why I don’t need a man in my life.” Her honesty is real.

As a matter of fact, modern culture that is westernized tends to believe that women with successful careers are more respectable than stay-at-home moms, although most people don’t say so in public as they want to be politically correct.

As the value system of the entire culture has changed, Singapore girls’ behavior has to change accordingly, which isn’t surprising at all.

That’s why they are becoming more and more similar to western women nowadays.

I know several global players very well – they travel the world and live a fun lifestyle: these western men either have figured out online businesses or are teaching English overseas, so they are able to live wherever they want. They left western countries because they are disappointed by western women – now they want to meet foreign women.

I asked one of them why he wants to live in Eastern Europe. This American guy’s answer is very interesting, “I prefer living in Eastern Europe because I’d like to date more White girls in Eastern European countries when I’m still young. As I get older, it will be harder for me to date White girls who are young and hot. At that time, I will move to Southeast Asia and date Asian women who don’t mind sleeping with older men.”

Indeed, a lot of younger Asian women are happy to date older men, but most of these Asian girls are not in Singapore. 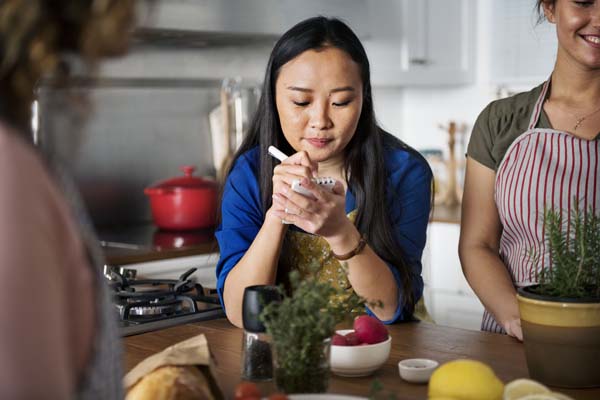 In fact, women in Indonesia, Malaysia, Thailand and the Philippines are more likely to marry older men.

A British guy living in South America told me that he wants to live in Brazil because he hates the cold climate in Eastern Europe. “I lived in Ukraine for a year and didn’t like it. Don’t get me wrong. I love Ukrainian girls, but the climate in Eastern Europe is too cold. I prefer living in a warm climate, so I moved to Brazil,” says this British gentleman, “Now I’m dating multiple Brazilian women who absolutely adore me. Well, I thought when I get older, I’ll probably move to Asia where younger women don’t mind marrying older men. But it seems that I can still live in Brazil for at least ten years because now I’m already 40 and I can still date women in their early 20s these days – Brazilian girls like me.”

Apparently, this British man isn’t planning on moving to Asia in the near future.

I also interviewed an Australian guy who is currently living in Asia in order to meet Asian women. “Initially, I was living in Singapore in order to hook up with Singapore women. But they are very hard to get. At the beginning, they were sizing me up and trying to see how much value I have. Honestly, I’m a high-value guy, but I don’t like being taken advantage of, so I left Singapore and now I’ve moved to Thailand,” says this Australian guy, “Frankly, women in Singapore are hotter than women in Thailand, as Singapore girls have fair skin & I prefer women with fair skin. But anyway, women from other Asian countries are easier to get, according to my personal experience.”

In conclusion, this Australian man’s verdict is Singapore beauties are harder to get because they are more hypergamous. In contrast, women in other Asian countries are a bit easier to get as they are less hypergamous.

Before writing this article, I interviewed a Canadian guy who is married to a Singaporean bride. They live in Singapore, but they are planning on moving to Canada permanently.

“Actually, the lifestyle in Singapore is great, but I sweat like a dog here,” says this Canadian man, “Therefore, I have decided to take my Singapore wife to Canada – the climate is more suitable. Hopefully my wife likes the cold climate in Canada.”

This Canadian guy met his Singapore wife on a Singaporean women dating site two years ago. They were chatting online and he decided to go to Singapore and meet her in person. 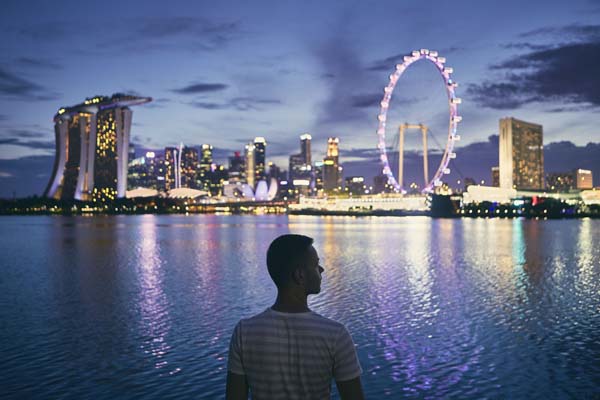 They hit it off immediately after they met each other. One year later, they were engaged. This year they got married.

“I told her I would marry her when I visited her house and saw her library,” says this Canadian gentleman, “A woman is what she reads. On her bookshelf, I saw three categories of books: 1) books about personal finances; 2) books about mastery; 3) books about looking after herself. I really like the way she thinks – it turns out that she is a wonderful thinker who loves reading.”

His Singaporean lady is a published author and blogger. She says she will never have a real job because she doesn’t need one.

“I can make a living by writing, and I know I’m very lucky because of that – most writers are starving artists,” says this lady from Singapore, “I not only receive royalties from my books every month, but also run ads on my blog which generates a reasonable income. Therefore, I don’t have to find a job and work for a company. That’s why I’m happy to go to Canada with my husband.”

It is clear that this beauty from Singapore isn’t a traditional woman, but she is certainly not one of those modern women who actually have an employee’s mindset. Don’t get me wrong. I think it’s perfectly okay to be an employee because entrepreneurship is definitely overrated these days. What I’m saying is this Singapore lady is unique.

Written By
More from
Last week I interviewed Simon, an Australian guy who married a mail...
Read More