The end of a relationship is never an easy time. At least one person is going to get hurt when the other one decides to break it off and that is why you need some good break up advice. I’m not sure there are any perfect ways to do it, but there are damn sure some really, really bad ways to break up with someone. If you’re considering breaking up with your partner, spare their feelings and have some class about it. Avoid any of the following five worst ways to break up with someone.

We all know that what you’re really saying here is that you’re not ready to date that person. Sure, you might actually not feel like you’re ready to provide them everything that they’d want in a relationship, but this is the worst way you could possibly go about telling them that. Almost inevitably, you’ll find someone who you are ready for a relationship with and have to deal with seething resentment from the ex who now thinks you were just looking for an excuse to get out.

Instead, just tell them how you really feel, it is ok to say you feel things are just not working out.

Let’s be honest here, this is basically just an announcement that you haven’t got the time for her anymore. You’ll always be able to make time for really great or promising relationships, even if it means shifting around your schedule a little. Instead, be gentle but honest: tell her that you’re not interested in continuing the relationship, and part of that is due to a heavier schedule. Use time constraints to soften the blow, not as the only reason.

I haven’t met anyone who hasn’t had this thrown at them at some point, generally to be met with a mass of eye-rolling and sighing. Accepting that the end of a relationship is often about two people and not just one is important, and pays respect to the fact that you were once a unit. Putting on the blame on yourself is pointless martyrdom, sounds super-cheesy, and doesn’t take into account the possibility that taking on her responsibility for the end of the relationship might help her find closure. Simply put, don’t do it!

AVOID SAYING “YOU DESERVE SOMEONE BETTER”

Look, nobody “deserves” anyone, let’s make that clear. So telling your soon-to-be-ex that they “deserve someone better” is ridiculous. You’re also encouraging her to actually agree with you and realize all your faults, which is not the best way to leave a relationship. It’s also a complete cliché and really patronizing, and doesn’t ring true no matter how much you might actually mean it. And, once again, you come off as a noble martyr- or at least somebody trying to be a noble martyr, which is never a good look. If this person was someone that you really cared about, the least you can do is be honest with them.

Hopefully not literally, but disappearing is about the worst way you can end a relationship. Why? Where do I begin? It doesn’t give either of you closure because one of you is always left hanging with a chance to end it officially. It’s ridiculously cowardly, as it allows you out of the actual break-up talk and lets you move on while your ex-partner might still be confused about the status of the relationship. And it pays no respect to your ex-lover, not even giving them the decency of closure on top of what could be a painful break-up.

NEVER BREAK Up In front of her friends/family

Depending on the reason you are breaking off the relationship, you may think it is a good idea to get a little revenge by breaking up with her in front of her friends or family. Sure, you will get to see her heart shatter in pieces, but it will come back to haunt you. Breaking up with her in front of her loved ones or anyone for that fact is most of the most embarrassing things you can do. How would you feel if she did it to you? Doing something like this will surely get your tires slashed and no one wants that.

At the end of the day, breaking up with someone is never an easy process, but it’s one that can be done with respect so that you can leave your ex on good terms. You never know if you two will get back together later down the road. Look at it this way: if you sound like you’re quoting a romcom, then it’s probably not going too well. Take a minute to think about what you are going to say before saying it and you will be just fine. 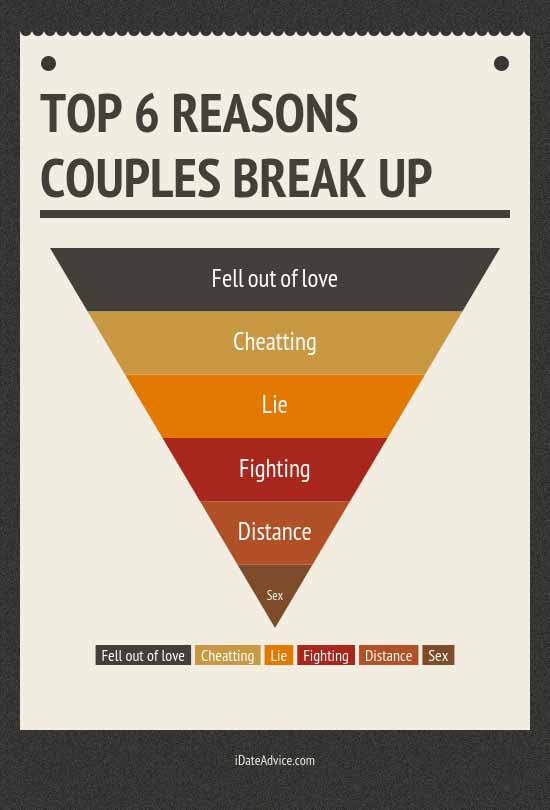 Written By
More from
After interviewing a number of Western men who married mail order brides,...
Read More