In modern-day society, dating and relationships are very stressful because of various factors, e.g. feminism, loss of traditional values, high divorce rate, money, etc. When you are dating a sexy woman, how can you tell whether she loves you for who you are or for something else?

Did you reveal your wealth or other resources very early in the relationship? Some men complain about their stressful relationships with lots of drama – hot women only want to use them for convenience or money; some sexy girls even use them as social ladders. But if we really look at their interactions with these women, we can easily notice that these men reveal their wealth and other resources too early. For instance, if you keep talking about who you know in the social circle, don’t blame the hot girl when she wants to use you for your connections. If you show off how much money you have, don’t blame her for using you for money. If you take her to your luxury house on the second date, don’t blame her for using you for convenience. Yes, it’s your fault. At least, it’s definitely your responsibility. This is not about blaming yourself; it’s about taking the responsibility in your life so that you are in control – you take your power back instead of giving your power away by complaining about how hot women used you. When you say she ruined your life, you are saying she is in control and she has all the power. When you avoid revealing your money and other resources too early in the relationship, you can test her and see her motive more clearly.

When you need help, does she help you? Is she willing to help you or is your relationship with this sexy lady a one-way street? If she can help you but she is unwilling to do so, it’s time to end this sham relationship in which she only wants to use you for her selfish reasons. But if she is happy to help you when you need it, that means this hot lady is a keeper. For example, when you are sick, she looks after you and cooks for you – that’s a girlfriend/wife material. When you are stressed out because of your job, she is there to support you – that’s a sign which indicates the fact that she loves you for who you are, not for your money or other resources. 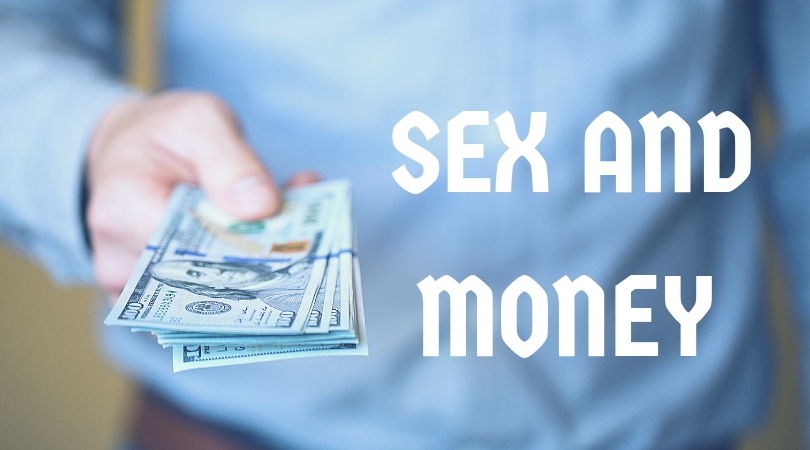 The fact that she is happy to give you money doesn’t mean she has no agenda – chances are she is playing the long game. Sometimes, we see relationships like this: A guy asks for his hot girlfriend’s money, and she gives her money to him. Then he asks for it again, and she gives money to him again. And then this repeats again and again. Maybe this situation can last for a year or two, so the guy plans to stay in this relationship forever because it’s profitable and comfortable. However, he is actually in an extremely dangerous position – he just doesn’t know it – each time he asks for her money, her love for him reduces silently. When a guy stays in such a relationship, his eyes gradually become closed, which means he wouldn’t pay attention when his sexy girl begins to have an agenda. Consequently, it’s ten times easier for his hot girl to take a revenge or do anything cruel to him.

Here is a real case: Edward was dating Catherine and asked for her money. She gave him money without too many questions. So, he did it repeatedly. Then Edward thought Catherine must be a keeper; hence, he married her. (In his mind, he began to disrespect Catherine when she gave him money for the first time.) The truth is Catherine married Edward because of another reason – she had a physical problem which negatively affects her ability to have good sex and have children. Edward happened to be terrible in bed and he already had a daughter from a previous relationship, so Edward didn’t mind Catherine’s issue anyway. But Catherine never really told Edward about her problem properly. This couple were from New Zealand where resources are relatively limited when it comes to business and careers. Edward wasn’t a successful businessman, although he had nine different titles on his business card. Thus, he suggested that they should move to the United States (he wanted to avoid his failure in New Zealand and thought life must be easier in America). Catherine said yes to that suggestion, so they moved to New York City. After they arrived in the United States, the dynamics changed already. But because Edward was “blind” due to their dynamics in New Zealand, he didn’t really notice what was happening between them in America. Once they got their green cards in the United States, Catherine dumped Edward immediately. And before he realised it, Catherine had already taken her money back by using Edward’s money to invest in a business in New York. Because Edward was depressed and fucking useless, he couldn’t stay in America where he had no friends. As a consequence, Edward moved back to New Zealand, while the sexy gal Catherine was living a high life in New York. (In order to protect these individuals’ privacy, only first names are provided here.)

Written By
Svaxa
More from Svaxa
Italian women are known for being attractive, outspoken, and passionate. These ladies...
Read More