Since I have received many inquiries about mail order brides from China, I’d like to share some insights into this here, so that more Western men will benefit from this service.

#1. Who are running such services? How do they operate?

Businesses that offer Chinese mail order brides usually work like this: oftentimes, there is a marriage agency based in Mainland China, and they have a business partner overseas. Because of their cooperation, they are able to introduce Chinese women to Western men. In China, this service is definitely NOT called mail order brides service. Usually, it’s called something like “serendipity”, “precious romance” and so on, because the public image of this service is generally quite positive in China – “mail order brides” doesn’t sound right in the Chinese culture – Chinese people don’t think it’s okay to order a woman from a catalog. Also, the public image (the name of the company) doesn’t imply this service is about introducing Chinese ladies to Western men, so people only know it after they have made some inquiries. That’s because it’s impolite to claim that you only specialize in helping Western men to get Chinese girls (Chinese men will complain about that as the population imbalance between men and women in China is a severe problem: there are many more men than women in China, so a lot of Chinese men either have to be single or have to marry women from Vietnam, Thailand, and so forth). 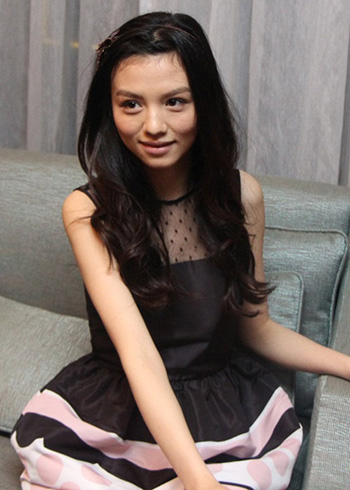 #2. What kind of Chinese women can I expect to meet through this service?

Most of the time, mature Chinese women in their 40s would join marriage agencies like this. But that doesn’t mean these women are old and over. In fact, the majority of Chinese ladies who are in their 40s and 50s still look quite young because East Asian women’s skin is actually much better due to thicker skin and natural SPF (this is not racism; it’s been proved by science). That being said, nowadays, more and more younger Chinese beauties have joined marriages agencies like this as well, because younger women from China are probably more open-minded, so they are curious about Western men. However, although there are many Western men in China, the quality of Western men there isn’t very good. The truth is most Western men working in China couldn’t find jobs in Western countries, so they simply go to China and teach English (only a degree is required if you want to become an English teacher in China & you can teach in a Chinese university). More intelligent Chinese girls can see this, hence they want to meet Western men who live in Western countries. And joining a marriage agency like this is the best way to do it. Also, you can’t really find many Western men in smaller cities in China, so for those who don’t live in big cities such as Shanghai and Beijing, they simply can’t meet enough Western men in the first place. Therefore, a growing number of younger Chinese ladies have become your potential wives.

Nowadays, more and more younger Chinese beauties have joined marriages agencies, because younger women from China are probably more open-minded, so they are curious about Western men.

#3. How do I know whether the Chinese beauty that I meet through a mail order brides’ service is reliable?

Signs that she is not reliable (maybe she wants to use you for money or a visa):
* She asks for your money before meeting you;
* She doesn’t know sufficient English to have any basic communication with you, but she still wants to marry you;
* She seems to be too proactive and wants to fast-track the progress of the relationship (apparently, she has an agenda).
Signs that she is reliable (she is genuine and trustworthy):
* She is very well-educated and has professional qualifications;
* Her English is good;
* She has standards and expects you to meet her standards. She is trying to see whether she likes you or not.

#4. What should I know when I date a Chinese girl?

* If she wants to split the bill, that means she doesn’t want to keep seeing you. Generally speaking, ladies from China expect men to pay for everything. If you two go out for a date, she wouldn’t even offer to pay if she likes you. Even if she offers to pay, you shouldn’t let her pay because she is just trying to be polite. The fact that you pay the bill means you want to look after her. 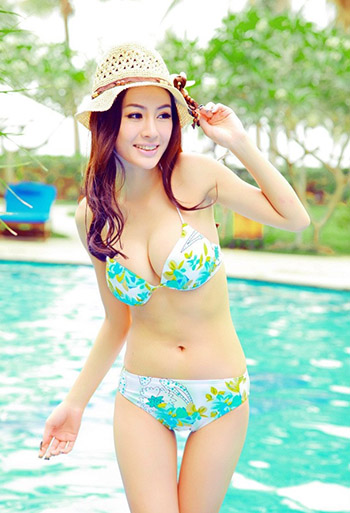 * A more mature Chinese woman is usually better at doing housework because older women from China are more traditional. In contrast, a younger Chinese lady may not be able to do housework because when she was a child, her parents told her to study hard and find a decent job – no time to practice doing housework.
* When you are dating a Chinese lady, she assumes that you two are already exclusive, because in the Chinese culture, dating means two people are exclusively seeing each other. Nevertheless, in Western culture, dating means you are seeing many people at the same time (you’ll need to have the ‘let’s be exclusive’ talk with someone later). Therefore, if you are dating a Chinese girl and she knows you are also seeing someone else, then she will leave you immediately because that means you are not faithful. In the Chinese culture, you can only date one person at a time. If this person isn’t the right person for you, you can stop seeing them and move on.
* Your Chinese girlfriend wants to know your financial situation early. Chinese wives want to feel financially secure, so they don’t want to marry someone who is in debt. Consequently, if you have credit card debt, you may want to fix that first before meeting Chinese women. Chinese brides generally want to marry financially savvy men, not necessarily very rich men.

Written By
More from
TrulyMadly is a free dating app available on Apple, Android, and Windows...
Read More