Why you should know, it means a lot if your Chinese girlfriend wants you to meet her family…

Family in China is treated very differently than in the west, Chinese people in general have closer family units, it is very common for grandparents to live together with families and children are taught to respect their elders, age is not necessarily seen as bringing wisdom but definitely respect, even amongst similar aged peers. It can also be assumed that granny, mom and certainly not dad, expected their daughter to marry a foreigner a 老外 and although many excuses might come out in the first meeting there is no real reason against this, among the neighbourhood it would be generally seen as a positive thing assuming he was working hard and offering her opportunities. However with the family unit directly the issue is one of trust, the divorce rate is notoriously high in the west (not that it’s uncommon in China) but chances are they don’t speak English and therefore have nothing to trust you on besides your word that you will look after this girl. Hence why you should not be surprised why her father wants to know about your work and housing situation and who can blame him. Most foreigners in their eyes enjoy sleeping around are potentially not serious about marriage again not like that is uncommon amongst. 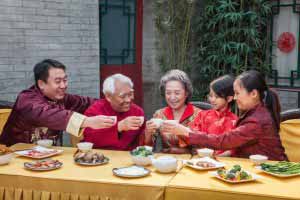 Chances are if she hasn’t told them already the first meeting can potentially be a little volatile. A good friend of mine went to meet his now very dear to him, mother in law. When introduced to her as the boyfriend, the mother (who was at the time in the middle of cooking dinner) picked up a cleaver and began chasing him around the table. Eventually the situation calmed down and they began to talk, again the mother was just concerned that he didn’t truly love her daughter. They are as mentioned now very close, he says that him making an effort with his Chinese and letting her know they wanted to include her in their family helped a lot.

The point of all this is that if your girlfriend wants you to meet her family. She really loves you, she wants them to know that she is considering marrying you. Many get offended at being effectively proposed to for marriage in this way and in many cases before having sex but it is precisely because Chinese women do not want to be used by foreigners and like their fathers for asking if you intend on buying a home in the future and what job you have who can blame her.

Dress the part – first impressions count and no-one wants to see a slob as their future son in law Make sure to shave and scrub up a bit. 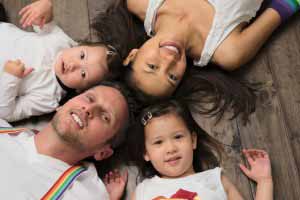 A gift wouldn’t go a miss – make it count, there is no point pulling out a crappy tea set that will get thrown on your head later on, flowers perhaps for your potential future mother in law and the father in law likes a drink find out what is his favourite bottle of ‘white alcohol’ 白酒 – Chinese rice wine, be prepared to drink it with him if all goes well and his wife still lets him drink.

Brush up on your Chinese – Perhaps the most important. Otherwise you are leaving it to your girlfriend to explain everything about you and you will be sitting dumb. It can only help to be able to speak to those who could call you ‘Son’ in the future.

Written By
More from
Dating a vegetarian is certainly different from otherwise. There are a number...
Read More