In order to write this column, I interviewed an American man called George who married a Colombian mail order bride. He is happy to share his typical day with his Colombian wife with us, so now we’ll have a look at a day in his marriage and see whether we’ll have a better understanding of how such a marriage works.

7:00am George and his wife Valentina wake up. Valentina prepares breakfast for them while George is filtering his e-mails. Usually, George receives nearly 100 e-mails every day due to the nature of his work (he is a self-employed businessman). George’s breakfast is berries in Greek yogurt (not very manly breakfast because Valentina wants him to eat healthy food only & George is very happy as he has lost 10 kilos after marrying Valentina). Oftentimes, George has breakfast while going through his emails – this saves him a lot of time in the morning. 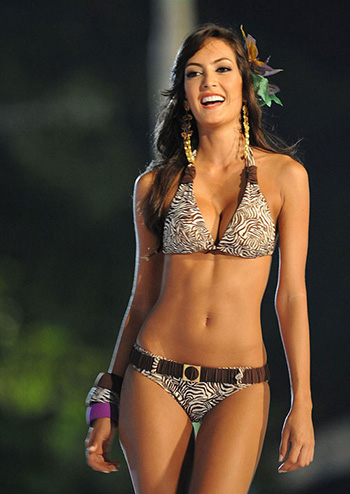 8:00am Valentina and George have a shower together. George says he wants to have a shower with his Colombian beauty every day in the morning because life is short – they both appreciate their intimate time together. Then Valentina gets ready in the walk-in closet. Valentina works for a high-end jewelry shop in the city for four hours a day because her English is very good. George works from home as he runs an online business.

9:00am Valentina goes to work. George starts to work on his projects. George opens his diary and looks at his to-do list. He focuses on the priorities first because urgent and important things should be done in the morning – these things bring the most results to his career. Every day his work in the morning includes content production, digital marketing and contacting one person who can help him with his business – these have become his daily rituals. Valentina’s work in the high-end jewelry shop looks quite glamorous because she is a salesgirl who is dressed to kill. The shop offers her a discount whenever she purchases anything from it.

1:30pm Valentina comes back home because she only works part-time from Monday to Friday. Then she cooks lunch at home. Because George used to have acid reflux due to his weight, Valentina is very careful when she cooks: she makes sure all ingredients have relatively high PH levels, i.e. anything that has a PH5.5 or lower is not okay. Therefore, their lunch often includes whole wheat bread, green vegetables and fish. A very health-conscious couple.

3:00pm George continues to work on his projects at his desk in the home office, while Valentina is reading in the living room. Although Valentina never went to university, she is very keen to study, because she wants to be successful in the United States and she also wants to help George with his career. A very ambitious woman. Maybe she knows that George is a growth-driven man, so she also wants to keep growing. In this way, their marriage will be sustainable in the long term.

6:00pm Valentina has finished doing all the housework later in the afternoon and George finishes his work for the day. Now they either go out to have dinner in a restaurant or cook dinner at home. This couple usually have a date night once a week (on Thursday), so that’s when they go out for dinner. Every Thursday, Valentina wears red lipstick and a beautiful dress when they go to a restaurant. George is very proud of his Colombian girl because many men look at this pretty woman when they go out together.

9:00pm George and Valentina watch reruns of Friends on TV while George is checking his e-mails in bed. Sometimes George doesn’t read certain e-mails because those messages would keep him awake all night. Then Valentina gives George a sensual and relaxing massage before going to sleep together. 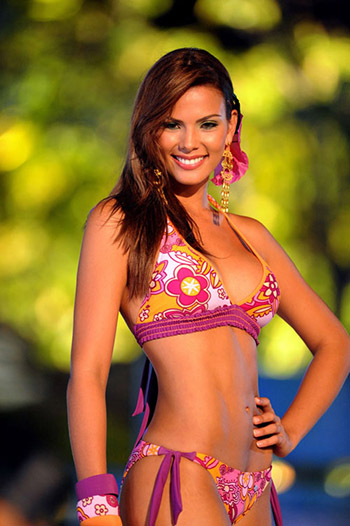 How old are they?
– George is 49 and Valentina is 31. It seems that women from Colombia look younger than their biological age (look at Sophia Vergara); Valentina looks like a 21-year-old girl.

What difficulties do they experience in their marriage?
– No one’s marriage is perfect. Although George and Valentina are happily married, they have slightly different values, i.e. George leaves trash everywhere in the house because he doesn’t value a tidy house; in contrast, Valentina wants everything to be tidy and clean because that’s important to her. Gradually, Valentina has understood that George wants to focus on his career, so he doesn’t want to waste time tidying the house – every minute is valuable to him. Therefore, now the solution is: Valentina does all housework.

Do they plan to have children?
– Yes, but not now. George’s career is at its peak, so he would like to have children a few years later. Valentina is a traditional lady from Colombia who wants to have a big family. But since she is still in her early 30s, she says she still has a lot of time.

Written By
More from
This is a story about a Hispanic woman’s life in New York....
Read More