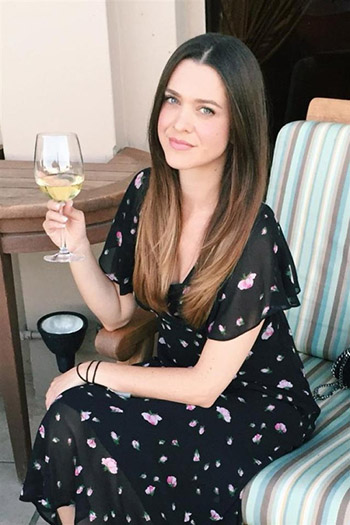 If a hot woman is independent in every single way… Only independent women aren’t needy because they can provide for themselves already and they validate themselves. Some independent women don’t even look for relationships and they are very happy with casual flings. A typical example is Samantha Jones in Sex and the City. As a matter of fact, most female audience like Samantha Jones most because: 1) Samantha shows women that it’s okay to talk about sex and it’s okay to love sex, which is liberating; 2) Samantha is an independent woman with a free spirit, so she can financially support herself and date hotter, younger men whenever she wants, which is very empowering!

If a sexy woman is rich …. We have to acknowledge that rich women operate differently because money has a lot of secret power. Nowadays, most rich women are lonely, partly because other people are jealous of their wealth (hence no real friends), and partly because rich women are generally older, yet older and richer guys all prefer younger ladies. As time goes by, dating just becomes increasingly harder as a rich woman’s wealth is growing while her youth is decreasing. Sadly, younger men are intimidated by rich women’s wealth and status, while older men only want to date younger women. Well, we can’t blame anyone because men look for replication value in women, whilst women look for survival value in men.

Because rich women are lonely, they are longing for emotional connection.

Don’t underestimate the power of loneliness… Loneliness has emotive power. It can make rich women do things that they normally wouldn’t do. For example, some men have mind-fucked their attractive rich girlfriends into spoiling, spending and sponsoring. That’s all due to the power of loneliness. Because rich women are lonely, they are longing for emotional connection. That’s why they would buy men’s love in many ways. Also, some rich women don’t think they are good enough, so they would pay men in order to increase their own value in men’s eyes. Now in the developed world such as Australia and the United States, approximately 33% of the population have had some mental illnesses such as depression and anxiety. Modern psychology claims that every mental problem is caused by issues with human relationships, and loneliness is the No. 1 issue amongst all human relationship problems.

If you are already a male sugar baby…. There is nothing wrong with being a male sugar baby. In fact, many successful men have done that (they just don’t want to tell you)! Indeed, many high achievers believe in mottoes such as “The end justifies the means” and “You can’t become successful without cutting corners here and there”. That’s why they dated sugar mommas when they were younger and achieved huge success later in life. If you are already a male sugar baby now, perhaps you are focusing on how to get more allowance from your sugar momma. But the true advice is: You shouldn’t miss out on benefits brought by the arrangement – your sugar momma can help you with your career success by investing in your business or introducing her connections to you. Building your network now is paramount because in the long term, your network is your net worth.

Written By
More from
There are common problems women face when it comes to actually getting...
Read More