No matter you like Donald Trump or not, you’ll notice that he is very successful with women. Right now, the United States has the most attractive first lady in history. Apparently, Donald Trump has got good game. We all know that Donald Trump has written a range of books about money and business, but I think if he writes a dating book, it will also do very well because he really has good game. 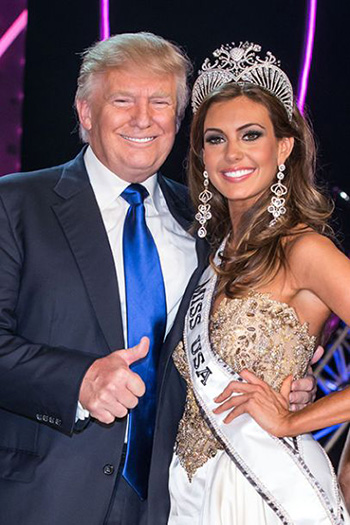 * Create opportunities for yourself so that you are surrounded by hot women. Donald Trump was the owner of Miss Universe, so he had every chance to meet hot girls. In fact, hot girls proactively want to meet him. That is the world’s best strategy to date attractive models. In one of his books, it displays a photo of Donald Trump and a big group of beautiful ladies who were competing for Miss Universe. The Donald was the center of their attention because they were competing with each other and trying to see which one he likes! Application in your love life:

1) Create opportunities to meet hot women by going to see fashion shows and approach models before and after each show. Join networking organizations whose members are mostly beautiful women. Going to spa centers where the majority of clients are attractive women. Having access to gorgeous girls is the first step of success with women.

2) Once you have got some women’s phone numbers, invite all of them out at the same time. Avoid one-on-one dates at this stage, because you want to make them compete with each other and see which one you like! Women are more likely to be sensitive and feel jealous of other women (actually, women spend a lot of time looking at other women, as evidenced by the fact that almost every women’s magazine’s cover is a lady’s photo), so when you bring attractive girls together, they will automatically pay attention to each other and compete for you.

Don’t forget that money/power/status is a key aphrodisiac

* Punish bad behavior and reward good behavior. Donald Trump has only said negative things about one woman who did something bad to him – that’s punishing bad behavior. Although he signed a pre-nup with every woman he has married, he literally gave his first ex-wife $25 million dollars when they got a divorce, because he was rewarding her good behavior (Donald Trump had an affair, but his first ex-wife was behaving very well). Until now, Donald Trump and his first ex-wife are still very good friends, which is a very healthy situation to be as that’s good for the family’s dynamics (they have children). Application in your love life: When a woman shows you bad behavior, don’t ignore it just because you like her. You have to punish her bad behavior so that she will learn the lesson. Call her out in a polite way and give her a few days to process what you’ve told her. In contrast, when a hot woman shows you good behavior (e.g. giving you good sex), you should reward good behavior (e.g. taking her out for a nice dinner) – In psychology, this is called positive reinforcement which works very well on both human beings and animals. In this way, your gorgeous lady will learn how to respect you and treat you well. 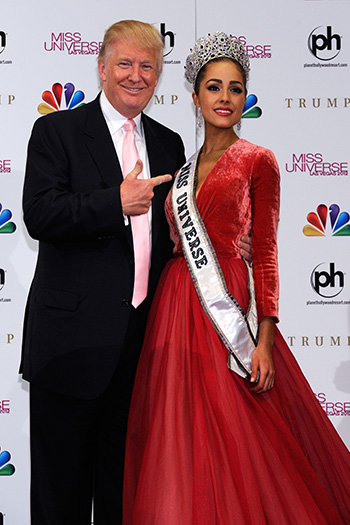 * Use all your assets to your advantage. Nature only cares about two things when it comes to human beings – the nature wants us to survive and reproduce, so that human beings can continue. Therefore, in dating and relationships, men look for replication value in women, whereas women look for survival value in men – that’s only human nature. It is clear that Donald Trump is a high-value man with a very high net worth. When he was filming his TV show The Apprentice, almost every beautiful woman on the show flirted with him. Obviously, he doesn’t have very good looks, but because he is a high-value guy with money and status, attractive women want him – Remember: women look for survival value in men. Application in your love life: Increase your survival value by actually becoming a high-value man. Although demonstrating a lot of attractive behavior will certainly help you get hot women, we have to admit that having money, power and status is equally important. In a way, these kind of things are probably more important to you because they help you to build your core confidence without any validation from women.

Don’t forget that money/power/status is a key aphrodisiac. Extra questions to ask yourself in order to help you get started:

1) Are you trading hours for dollars? Or have you divorced your time from your money?
2) Do you work for money? Or is your money working for you? (e.g. investing in real estate and stock market)
3) Have you set up a money system (a range of bank accounts with different, specific purposes of each account) so that you have clarity and certainty about your personal finances?
4) Do you avoid looking at your credit card bills? Or do you have a regular money time every fortnight when you organize your finances?
5) Are you investing in your financial education? Or are you wasting time watching TV and playing video games?
Please leave a comment below and let me know what you think! Good luck & hopefully you’ll also get attractive women in your arms.

Written By
More from
Women have always been associated with care, love and nurturing worldwide. However,...
Read More