Recently, I have interviewed some women from Ukraine who have kindly shared their opinions about marrying foreigner men. Without further ado, let’s have a look at their real insights.

* Interview with Tamara, a 25-year-old Ukrainian girl who has joined a Ukrainian women’s online dating site which introduces Ukrainian girls to foreign men –
Jade: Why did you join a Ukrainian dating website?
Tamara: I have met some very gentle, very attractive British men in Ukraine because they are my brother’s friends. All of them are already married or in long-term relationships, so I can’t really get any of them. That’s why I decided to join a dating site which introduces Ukrainian ladies to foreigners.
Jade: Why do you find British men so attractive?
Tamara: The United Kingdom is best characterized by a large number of real gentlemen who look after women. I really like their sexy accent and elegant behavior.
Jade: Why do you think British men would prefer women like you?
Tamara: My brother lived in London before, so he knows British women very well. He told me that most British women feel entitled, can’t take criticism well and don’t look after themselves. He also says obesity is very common among women in the UK. But I’m a typical Ukrainian girl, so I respect men and try my best to improve myself. I always dress in a feminine way, unlike many British women who dress for comfort. So I think British men would prefer someone like me.
Jade: What made your brother tell you things like that?
Tamara: My brother used to date British girls, but his experience was never positive. He says all of his ex-girlfriends from England drink too much and they rarely go to the gym or wear makeup because they think men should love them for who they are. My brother was turned off and moved back to Ukraine. He even says British women actually need to hear the truth because they have competition overseas – more and more British men have realized that ladies in Ukraine are so much better. But unfortunately, mainstream media in the UK wouldn’t tell British women the truth and wake up British women because they will only say things like ‘If it’s true love, he should love you for who you really are, so just be yourself.’ 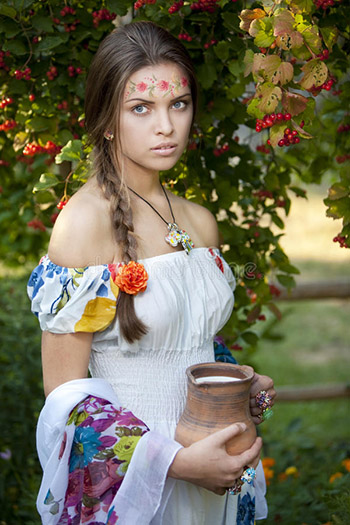 * Interview with Liz, a 27-year-old Ukrainian beauty who is looking for an eligible bachelor from the United States –
Jade: Why would you prefer a guy from the United States?
Liz: My best friend is married to an American man and her experience has been great, so she told me to do the same. I visited her in New York City last year and I really love the ambiance in the United States. My best friend also introduced some American guys to me. They are so relaxed, charming and caring.
Jade: Why do you think American men would prefer Ukrainian ladies?
Liz: I think more and more American men have realized that women from overseas are amazing. Personally, I think most girls from Ukraine are probably better because we are more traditional, we highly value family, we look after our men and children, and also, we are slim, pretty and healthy.
Jade: Can you give us a real example that proves American men prefer foreign women?
Liz: Of course. Look at Donald Trump. His wife was not born in the United States and English is not her first language. But Donald Trump married her and their marriage seems to be great. Isn’t Melania Trump the most attractive First Lady in American history? In fact, in the United States, there are many models who were born overseas. They are paid for being beautiful!
Jade: Well, I have to agree.

* Interview with Anna, a 33-year-old Ukrainian woman who is married to an Australian man –
Jade: How did you meet your Australian husband?
Anna: I met him on an Ukrainian dating website which introduces Ukrainian ladies to foreign men.
Jade: How many years have you been married to him?
Anna: I met him in 2009 and we got married in 2010, so it’s been nearly eight years.
Jade: Why did you want to marry a foreign man?
Anna: I was disappointed by men in Ukraine because they drink too much and they don’t respect women, so I decided to marry a foreign man who is decent, responsible and kind.
Jade: That’s understandable. Why Australia?
Anna: Australia has the best air in the world. The climate in Australia is seriously perfect. Canada, the UK and the US are all too cold for me, as I prefer somewhere warm. I really enjoy my life in Australia. Also, Australian men are the most relaxed, friendly and nurturing among all Western men.
Jade: Well, that’s probably true. In Australia, it’s very common for Australians to be friendly to strangers.
Anna: Australian men love sports. My husband was a professional footballer. Now he runs a gym in Perth. I find athletic men very sexy.
Jade: Research shows that men in Perth are the most attractive in Australia. Just go to the beach and we can see so many hot guys everywhere.
Anna: That’s true. Every year, there are Australian firefighters’ calendars – so many hot Australian men.
Jade: If you go to Brisbane, which is also known as Las Vegas of Australia, you will see a lot of male strippers who are incredibly hot, too. 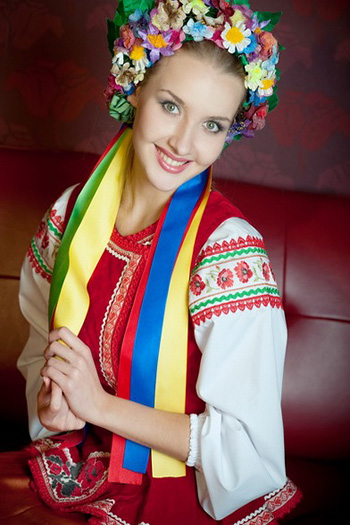 * Interview with Emily, a 22-year-old Ukrainian girl looking for foreign men.
Jade: Is it common for young Ukrainian women like you to join international dating site?
Emily: It’s becoming more and more common these days, because a lot of switched-on Ukrainian girls are aware of what’s better overseas.
Jade: Are you sure foreign men are better?
Emily: I can’t say I’m definitely sure, but from my observation, I think the quality of men overseas is better.
Jade: Have you been to other countries?
Emily: Yes, I have been to every major English-speaking country and I love the English-speaking culture which respects women. Because the Ukrainian culture requires women to respect men, I think it would be great if I marry a foreigner – we know how to respect each other.
Jade: Why do you choose online dating?
Emily: I choose online dating because my time is my biggest asset. I’m not going to spend years looking for the right guy. Women in Sex and the City are so pathetic because they spend ten years just looking for Mr. Right. If they try online dating earlier, they can fast-track the process immediately.
Jade: You are so smart. Indeed, we can look at a business analogy – online dating is like making passive income because dating websites automatically send eligible singles to you! In contrast, off-line dating is like making earned income which requires a lot of hard work and efforts.
Emily: That’s why many of my friends have also joined international dating sites before they turn 25 years old.

Written By
More from
I’ve never thought of a restaurant check as an issue. However, a...
Read More