Last week I interviewed Simon, an Australian guy who married a mail order bride from Thailand. He revealed what his life is really like after getting married in 2011. He has kindly allowed me to write about his experiences and share this article with other Western men who are thinking about marrying a Thai mail order bride, so special kudos goes to Simon.

Jade: Why did you marry a mail order wife from Thailand?
Simon: Speaking of the whole dating game, I just couldn’t be bothered. Actually, a friend of mine married a mail order bride, so he recommended this service to me.
Jade: How much did you spend on this?

Simon: It cost me about AU$16,000. I used a very reputable Thai mail order brides website because there aren’t many scams on an online dating site which charges fees. I think the price is a natural filter. Because I was happy to pay a fee, I got a better result.
Jade: I know the catalog isn’t free to access, so how much was the catalog?
Simon: The catalog cost me AU$110. Apart from that, the website could also charge a translation fee because the majority of mail order brides don’t speak English. But I specifically found a Thai woman who speaks English, so I didn’t need to pay the translation fee.
Jade: I think women who speak English are definitely better because if you can’t even communicate with them, it’s nearly impossible to build a connection.
Simon: But I still paid AU$20 translation fee because I asked for her address when I would like to send her a birthday gift. The address couldn’t be written in English.
Jade: Did you visit her in Thailand?
Simon: Yes, I did. I think it would be nice if her family could meet me in person as well, so I went to Thailand in January 2011. That trip cost me AU$8000. I knew she and her family really liked me, and then we got married.
Jade: May I ask how old you are and how old your Thai wife is?
Simon: Now I’m 60 and she is 39, so in 2011 I was 54 and she was 33.
Jade: Do you think the age difference matters or not?
Simon: In my case, it doesn’t really matter because I feel great. In Thailand, it’s very common for younger women to marry older men, so it’s not a big deal for her either.

I decided to share this article with Western men who are thinking about marrying a Thai mail order bride to know what expects them after marriage.

Jade: How about cultural differences? Do you think that’s an issue?
Simon: At the beginning, it was an issue because she would cook for me and wouldn’t eat anything until I had finished dinner. She often had dinner in the kitchen alone after I already went to the bedroom to watch TV. She thought she was my maid or slave. But later on I told her that she didn’t need to be so submissive, so gradually, she has changed and now it’s all good.
Jade: That’s interesting. Does she have a job in Australia?
Simon: She used to work as a masseur, but I told her not to do it because I can support her financially. Now she is a full-time housewife, which makes everybody happy.
Jade: Do you mind if I ask how much money you make each year?
Simon: My annual income is $150,000. I’ve been doing well for years. In fact, I didn’t have to marry a mail order bride because I’m sure many Australian women would love to marry someone with a stable income like me. But I’m not the most gregarious person in the world and I hate going to parties as they are too noisy, so I just didn’t even try to get ladies in Australia. That’s why I prefer a Thai mail order bride. This kind of dating is very straightforward and simple.
Jade: And your Thai wife speaks good English, so there is no barrier in terms of communication.
Simon: That’s right. No barrier, no worries. I was very careful and discerning, so I specifically chose a Thai lady who speaks good English. Because I’m choosy, I got a better result.
Jade: Do you have a photo of your wife from Thailand?
Simon: Yes. You can have a look.
Simon showed me a photo of his Thai beauty. She is a gorgeous woman with a natural tan. She looks much younger than her chronological age. 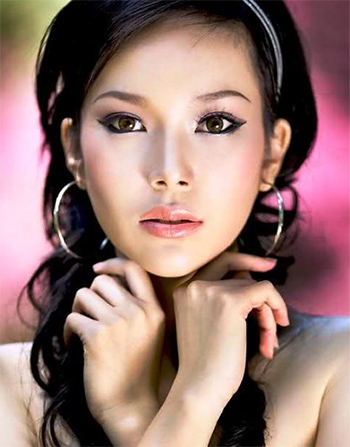 Jade: I’m sure her biological age is younger than her chronological age. She looks radiant.
Simon: I think so, too.
Jade: Is there anything difficult in your marriage with a Thai mail order wife?
Simon: I think the only challenge comes from my adult children. I have two children from a previous relationship, a son and a daughter. My adult children are worried that my Thai wife may secretly send money to her family in Thailand, so my adult children don’t trust her. But honestly, I know how much money I gave her each month because I’m quite savvy – I know where money goes every week.
Jade: Does your wife want to have her own children?
Simon: Yes, of course. She is 39 now, so she wants to have kids sooner. I’m happy to have more kids, too.

Written By
More from
Losing your identity in a relationship certainly happens to be a drawback...
Read More