How the site looks at the first glance:

AsianMelodies.com has a simple and stylish design, in white and purple colors. There isn’t a visible gallery of female members that is often used on other dating sites for attracting male users. It’s probably safer for the girls, but a bit enigmatic for the men. On the layout, there is just a movie shoot at the moment that depicts a nice-looking Asian woman. On the front page, there is a registration form that allows to sign up by filling just 5 basic rows: sex, name, Birthday date, Email address, password. One has to mark that he accepts the Terms of Use and Privacy Policy. Then the site guarantees the high quality service, safety, and professional customer support.

It is also promised on the front page that the site will never reveal one’s personal information although there are some moments in the Privacy Policy concerning that which should be thoroughly studied by future user.

The introductory text tells about the company that embraces over 30 countries. It focuses on such a priority as the long-time relationships. There is also a reference to many success stories that are happening on the site every day, and a list of available options of payment.

In the bottom of page, there is a statement about a big database, qualitative matching, and the scam/fraud protection. Therefore, at first glance, the site looks very pleasant and trustworthy. 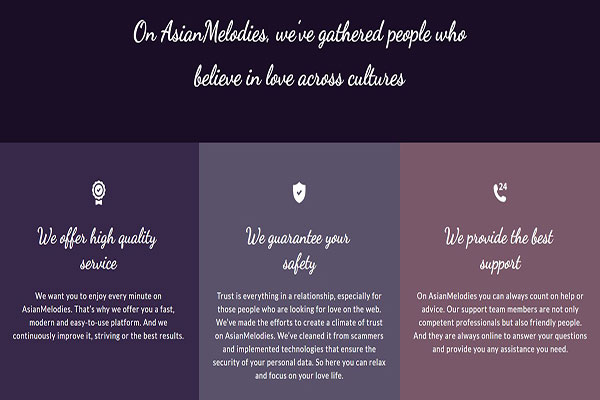 After a quick entering of basic info on the front page, one is redirected to the questionnaire for a more detailed data. It’s still a free process.

The first question aims to define who exactly you are looking for: a woman who is good with kids; a woman who already has kids; a long-term relationship; marriage; a penfriend; a casual relationship; online friendship; online flirting. These categories do not exclude each other but they help to set up the priorities.

The next step is choosing the age range. Any age range can be chosen between 18 and 90 y.o.

Then, surprisingly, again the question about a woman’s children.

After that one can choose the preferable height range and weight range.

The 7th step is defining the preferable body type, among the 6 suggested types.

Hard-drinking is never good for the relationship: the next step is defining the woman’s preferable attitude towards the alcohol.

The same comes about smoking.

The next bunch of questions is about one’s city, country, Birthday (you can confirm or correct the information you put before), height, body type, marital status (married status isn’t allowed), the presence of children and willingness to have more, education level, religion, occupation, drinking and smoking habits, and finally, one can add a long, unlimited self-description.

The final step is uploading a photo from the device gallery or taking a picture with one’s cam. If he decides to skip this part, he is kindly reminded that members with the photos receive more attention.

After this, a person gets the access to the profiles of the opposite sex. He just needs to activate the account by following the link sent to his email. When such an automatic letter arrives, it can be directed to the Spam folder so one should be attentive; also there is a postal address in the bottom of the letter.

The automatic letter of confirmation is composed in a simple and classical way, with advertising pictures and banners, but there’s no option “click if the registration is made by mistake” which could be an additional protection. 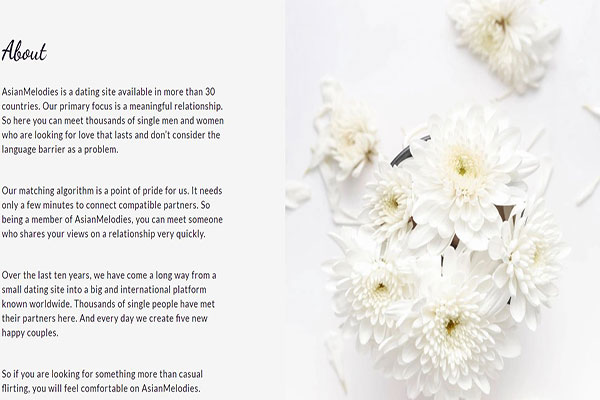 It can be easily seen that women’s profiles on AsianMelodies are of a very good quality. Those are both studio photos and casual selfies but in all cases, the girls are very young or at least youthful, exclusively slim, and attractive. The majority of girls have long hair and wear feminine dresses. For sure, it doesn’t happen on free dating sites available for everyone where a huge variety of women’s appearances is present and it’s very difficult to filter out the unattractive ones.

It happens only on the sites that either cooperate with the local agencies, or select the profiles manually. For sure, there are international dating agencies in Asian countries but they aren’t as popular and well-established as the agencies in post-Soviet Eastern European countries, for example. This fact proves that AsianMelodies selects the best profiles carefully for better serving of male users.

Registration, filling the profile, browsing through the gallery and profiles.

Like it’s stated in the Disclaimers section, the administration of the site doesn’t bear any responsibility for the correct or wrong information in the members’ profiles or messages. It’s completely the responsibility of the others.

Then in the Terms of Use Agreement, it is clearly said that a platform is meant for people who seek or not seek the relationship. Therefore, non-serious folks are allowed to join and use the services of the platform. One should be careful in this regard.

However, the site promises to protect technically and not to save or misuse the members’ bank card data. At the same time, the administrators collect and store such an information as social networks data, geolocation, IP address, use of cookies, and so on. Such a personal information can be passed, literally, to everyone, as anyone can be called “another user”, “advertisement target”, “business partner”, or a participant of “other situations”. It is highly recommended both by the site and by us, that users don’t share the information that could later harm them in any way.

The site owners openly declare there are “Affiliates” of the company therefore one’s personal information and data can be and will be shared on other sites with the purpose of advertisement.

The site follows the Californian “Shine the Light” law.

In general, the site can be considered as “moderately safe” like the majority of modern dating sites. 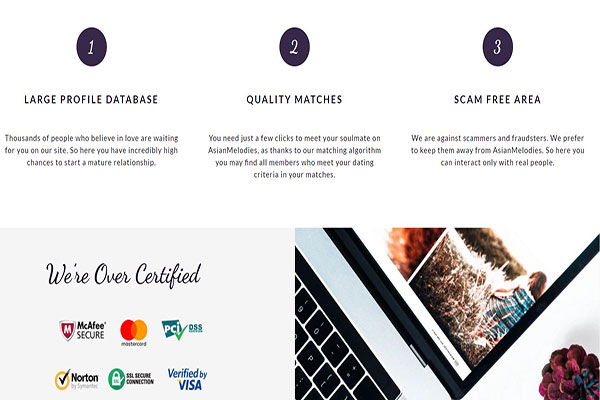 AsianMelodies.com restricts users below 18 from using the site. The administration is severely against the collecting and usage of personal information of children below 13 y.o. Such a case should be immediately reported to the administrators. Children’s accounts are to be urgently terminated.

This dating site is suitable for all age groups above 18 y.o. It welcomes and covers any kinds of relationships such as equal age matches, cougar – toyboy couples, sugar daddy – sugar baby couples, and so on.

The female profiles are pre-selected therefore men can be sure about their quality and legitimacy.

However, the site isn’t free or cheap so one should be ready to be charged for all services he is getting.

It is absent for the moment. 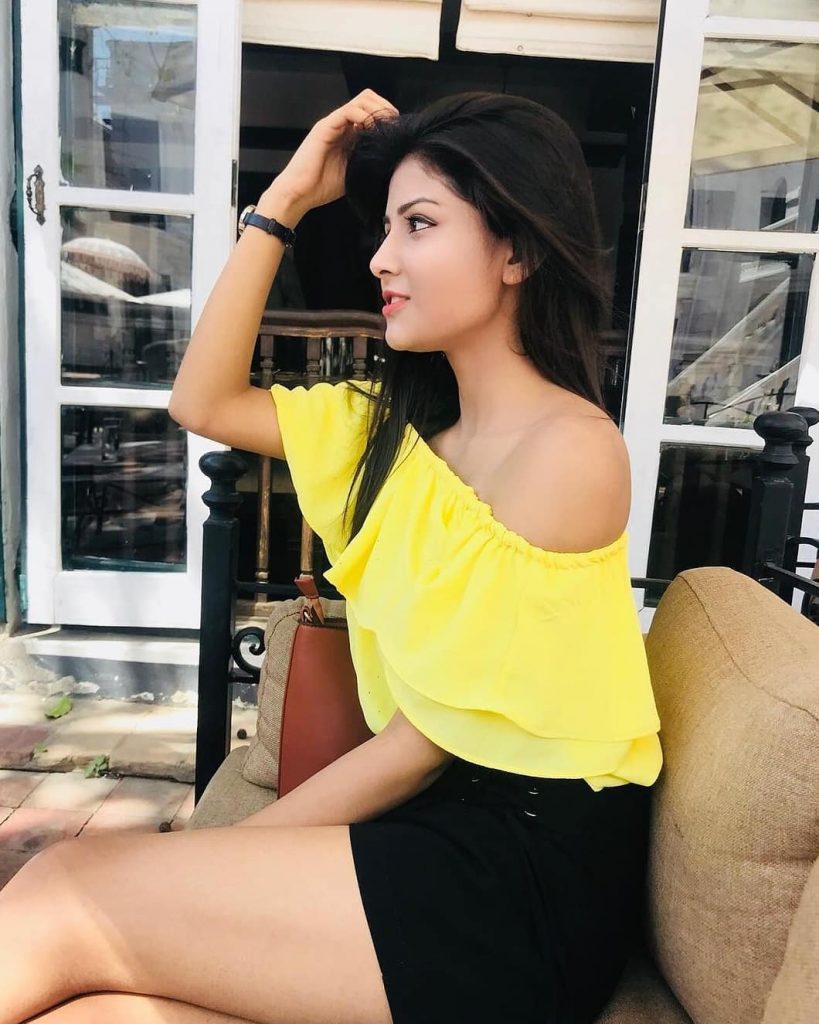 “AsianMelodies.com became my ticket to the family happiness. I really didn’t expect it will happen that easily. I tried my luck with Russian and Ukrainian girls before but I suddenly realized how much I am attracted to the Asian type. I have also heard they are modest and family oriented so I decided to take a chance. It wasn’t easy to choose the right dating site as there are hundreds of them. My co-worker mentioned AsianMelodies in our talk so I took a look and I got a positive first impression. Very good for me because I eventually succeeded with it! I was receiving a fairly and healthily big number of letters from the girls, not the tons of them like on fraudulent sites. The majority of letters was personal and nicely written. Girls sounded really natural. I already had a good feeling about this site when I got a letter from my Min-seo. I immediately thought I must marry this Korean sweetie! Not only she had naturally beautiful and cute photos, even casual ones, but also her interests were very close to mine. I know Korean men are also good-looking and well-provided so I was really happy to be able to compete. We quickly decided to go to the romantic trip together, and I proposed to her on the 2nd week together. I was waiting for someone like her, for too long! She said yes! Our wedding is in two months and we are so excited. Thank you AsianMelodies, I think this site should be better known among Westerners as it deserves that!” (Richard, 52, Philadelphia)

“My experience with AsianMelodies wasn’t completely smooth as I was stupid enough to start my correspondence from the brightest girl on the site who was wearing the best clothes and jewelry… Of course, she appeared to be a golddigger and she demonstrated it quickly enough. Then I started to be more cautious and communicated with the modest girls only. They seemed totally ok, polite and genuine. Our talks were so nice that I finally decided to go to Beijing and meet the three of them. Separately, of course! Well, one of them missed the meeting but others showed up. They were both great and very reasonable about their desire to date a foreigner. With one good girl, we remained friends and another one became my girlfriend. She is very happy with all I have to offer and she isn’t very demanding. I think it’s a marriage material and I’m glad I found it through AsianMelodies.” (Adam, 41, New York City)

“I didn’t meet anyone yet but I got the personal contacts of several girls and they aren’t ghosting me. They answer the calls and always write to me on Whatsapp so I think they are real. I especially like one of them, from the village near Tokyo, going to visit her soon. My experience on AsianMelodies has been good so far and I don’t mind to recommend it to the others. I am honestly surprised it’s not so well-known. It’s much more decent and trustworthy than many of the famous Asian dating sites. You just pay there and they give nothing back. I’ll add more to my review when I meet the girl but we cam chat every evening and she is so real, she even showed me her puppy and both of her parents. I also sent the gift to her office address through the Tokyo flower delivery and I got the confirmation photo. I didn’t hope to find such a real thing through the dating site. Thanks AsianMelodies!” (Peter, 38, Miami) 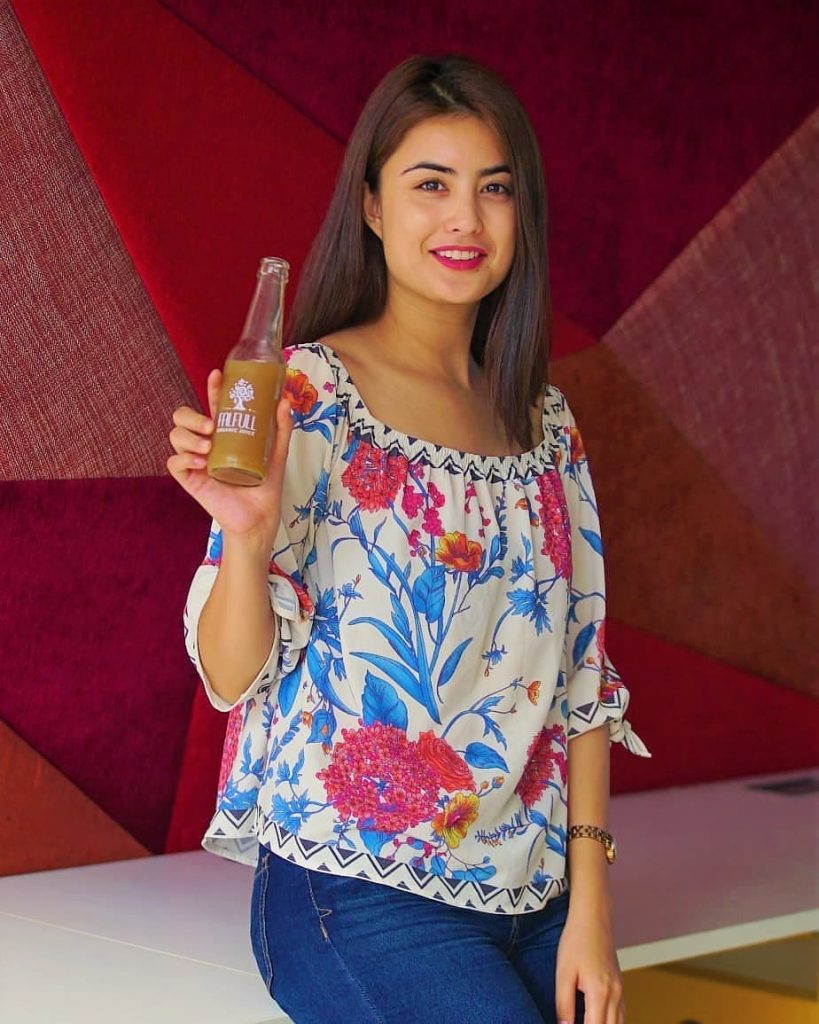 We can see, that although AsianMelodies.com exists since 2013, with the head office and phone contacts based in the USA, it remains barely known. There aren’t many reviews or information available on the Internet. It partially happens due to the confusion caused by the site title: there are sites and apps with the same or similar titles that really represent the Asian music and have nothing to do with dating.

But happy customers prove it’s just a coincidence and the site deserves to be famous. It provides the high-quality services and thoroughly cares about the whole process of communication making the real meeting possible and desirable. For sure, some improvements should be done, still; but the team of AsianMelodies has already shown great results and will keep on raising the overall quality.

The new wave of advertisement and promotion may attract more members, both males and females, in order to create more couples and strengthen the market of interracial dating.

As a summary, we recommend AsianMelodies.com to every single Westerner who found himself interested in Asian women and wants to build a stable relationship with one of them. There is a sufficient database of female profiles on the site so every man can find a match easily enough. As dating experts, we rate it as “good and qualitative” and believe in its further development. 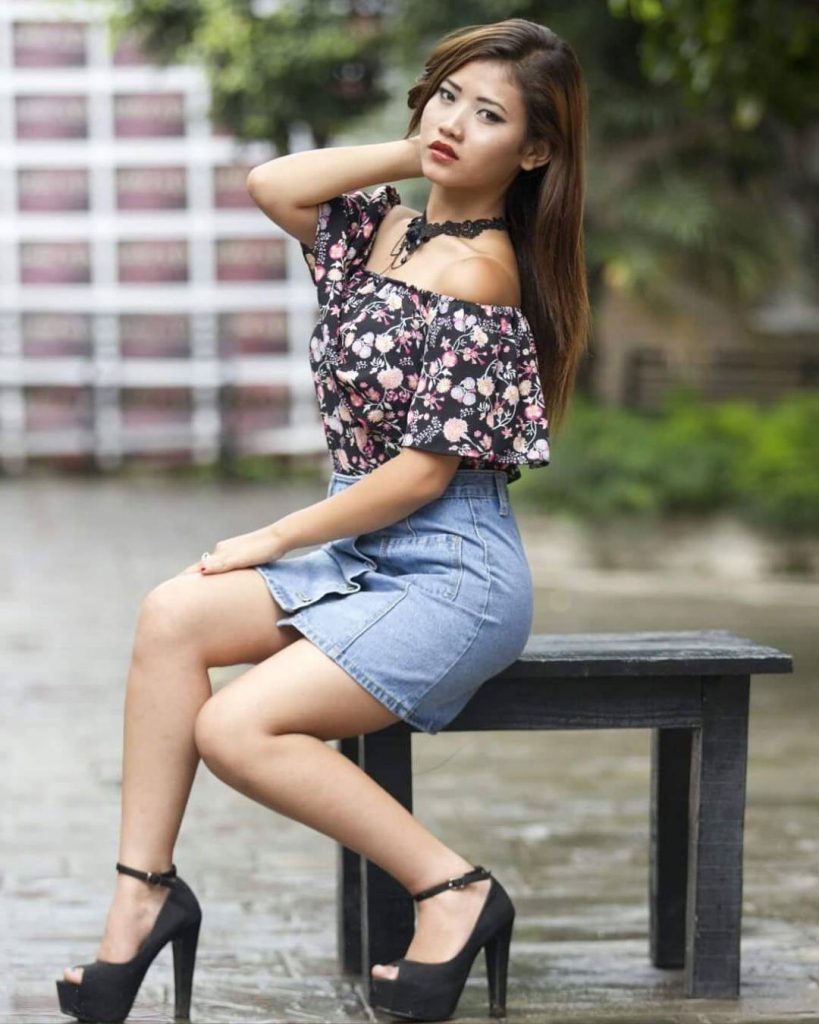 Written By
More from
By Jade Seashell (contributor), author of ‘A Seductress’ Confession: How to leverage...
Read More