Interested in dating a hot Asian woman (or multiple hot Asian women)? Well, just like sales and marketing, you have to understand your target audience before you get what you want – in dating and relationships, you also must truly understand the motivation, emotions and how hot Asian girls think&operate in this regard if you want to be successful in your love life.

In order to write this article, I’ve interviewed several hot Asian ladies who have generously shared their honest and candid viewpoints with me. They have also given me written permission to publish their ideas on this blog. Enjoy!

Unlike western countries which tell us everyone is equal, Asian countries generally have a hierarchy in the society, i.e. those who are rich and the rest of their population. In other words, although there are different classes such as upper-class, middle-class and lower-class people in Asia, there is a fundamental difference between the upper-class group and the rest of their citizens.

That is to say, middle-class people and lower-class people in Asia have similar value systems. I do apologize if you find this offensive or too blunt, but this is what I’ve discovered based on an interview with a group of hot Asian women. 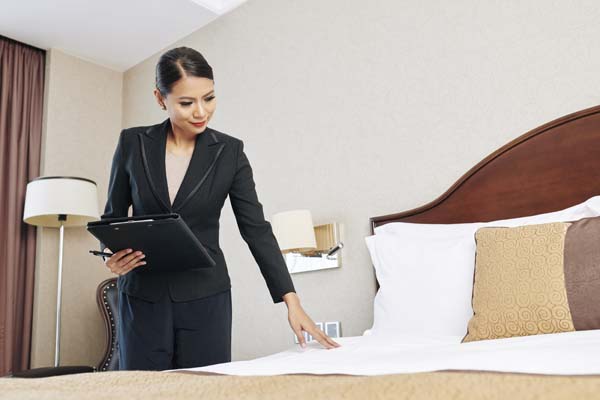 There is a very popular Chinese TV show called Ode to Joy which was on TV from 2016 to 2017 (two seasons in total). On this TV show which was adapted from the famous Chinese novel Ode to Joy, the rich Chinese girl Xiaoxiao Qu says to three poorer girls, “All of you are using your own values to evaluate which man Andi will choose. That is just likepeasants think the emperor’s farming tool is gold. Andi makes her own money. She is wealthy, intelligent and capable, so she can date whoever she wants.” Basically, this analogy means peasants don’t know the emperor doesn’t need to do any real work in the field, so the emperor doesn’t have a farming tool at all. That means Andi is a rich woman who doesn’t need to compromise anything in order to get a provider or a reliable husband. She just wants someone who can add beauty to her abundant life.

Obviously, on that Chinese TV show, one of those three girls is a middle-class Chinese woman, but she belongs to the other part of the society & Xiaoxiao Qu and Andi belong to the upper-class elite group. 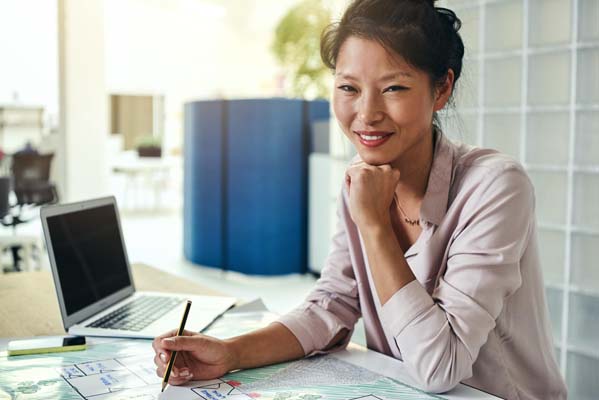 Hot Asian girls from old money families are generally spoilt and clueless. Note that someone like Xiaoxiao Qu is not common in real life because the majority of old money young women from Asia don’t need to work hard – they didn’t even study hard at school, so they aren’t the most capable and intelligent girls you meet.

Nevertheless, hot Asian beauties from new money backgrounds are mostly smart, switched-on and capable, because they have used everything, anything to their advantage. They’ve made it because they know how to get what they want.

Therefore, if you are thinking about how to manipulate an upper-class, hot Asian girl, it’s not going to be easy, because old money girls’ parents will monitor what they are doing (these girls are on their parents’ pay rolls anyway) & new money girls will see it through quickly. As a matter of fact, when you are thinking that you are manipulating a new money girl, she is probably playing higher-level tricks on you. Thus, you would be ill-advised to manipulate wealthy Asian girls.

You can only get what you give in dating and relationships.

Please note that in the Asian culture, when you are seeing one person, that means you are not seeing other people at the same time. It’s an unspoken rule in Asia.

As a result, online dating advice programs for women such as “From Attraction to Commitment” don’t have its market in Asia & these programs are only sold to western women who are highly frustrated because of the current dating culture in western countries where men don’t like responsibilities and commitments. 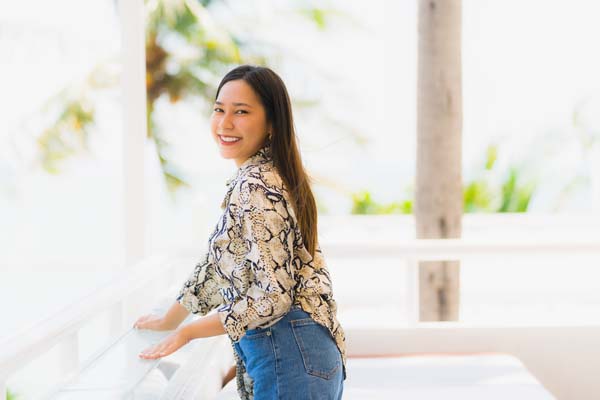 I did a survey about how hot Asian ladies look at Don Draper and Betty Draper’s marriage on the famous American TV show Mad Men& the findings are very interesting.

“When I saw Episode 13, Season 3 of Mad Men, I cried because I feel very sorry for Sally, Bobby and Don,” says Anna H., a hot Asian beauty, “Betty never had a real difficulty in her life, so she doesn’t appreciate how wonderful her marriage with Don has been.”

“Betty Draper is so immature and naïve,” says Lili J., a hot Asian woman, “If I were her, I wouldn’t divorce Don because Don is a handsome provider who treats women well. I know that he isn’t faithful, but how many men are actually faithful anyway? Betty was asking for too much.” 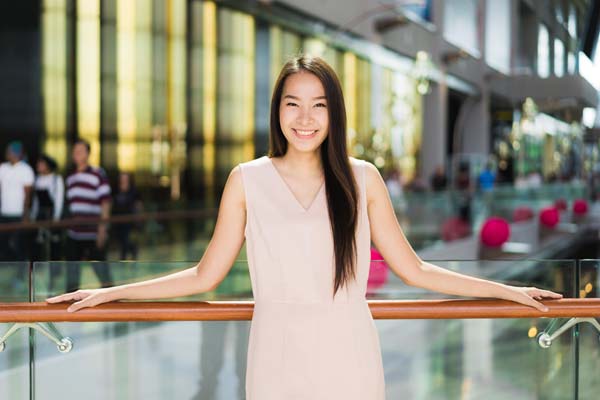 “Someone like Don Draper is rare. He is hot, rich and generous. Although he isn’t perfect and certainly has some serious issues, it wasn’t all his fault,” says Lulu G., a hot Asian beauty, “Betty Draper is so entitled and childish. Her reaction to things is pretty bad. If she isn’t a stunning woman, I don’t think this character would have any fans. If I were her, I would love Don more after knowing that his real name is Richard Whitman – Don went through a lot.”

“Though Don Draper isn’t loyal to his wife, Betty isn’t 100% faithful either,” says Kristy V., a hot Asian lady, “As a housewife, Betty has at least 6 hours’ free time from Monday to Friday, and she is still complaining – she may use her spare time to hook up with some other guy if she needs to feel balanced/fair in front of her cheating husband. She doesn’t need to get a divorce. I think her lawyer’s advice is absolutely right.”

“If I were born in the 30s or 40s, I would definitely want to marry Don Draper, although he isn’t a faithful husband,” says Veronica M., a hot woman from Asia, “How many men are real providers out there? Not that many. Also, if everyone wants to divorce their spouse because of adultery, then there wouldn’t be many couples who stay together in this world.”

I like the unpleasant realism from these hot girls from Asia. They are honest, blunt and practical. According to these hot ladies from Asia, Betty Draper’s problem is certainly a first-world problem which shouldn’t really exist in many parts of this world.

“Betty and Don have mutual benefits – they have three kids together. They still sleep with each other after being married for nearly 10 years – their intimacy is good. That’s already a very good marriage,” says Isabel C., a hot beauty from Asia, “It’s hard to assess how much love they have in their marriage, but no one should ask for too much. Don’t be greedy.” 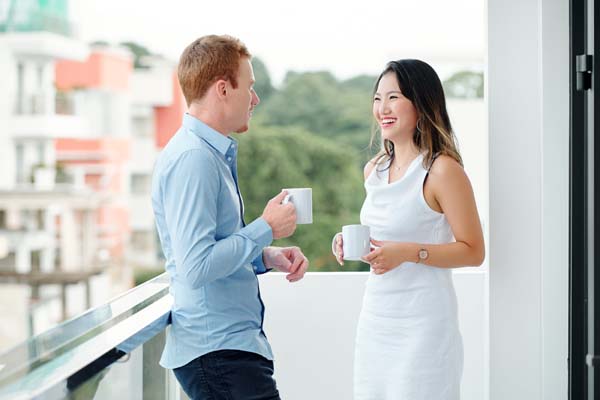 “If Betty doesn’t have Henry Francis’s promise, she wouldn’t have left Don,” says Anita B., a hot babe from Asia, “I really don’t like Betty except her closet. Frankly, someone like Henry Francis doesn’t exist in reality – who wants to provide for a jobless single mother with three kids from another man?! Ridiculous. Don Draper’s sexual market value is much higher than Betty’s.”

In conclusion, these hot Asian babes claim that emotional connection can’t be measured, but intimacy and mutual benefits can be measured. If a marriage has intimacy and mutual benefits, that’s a good marriage already. Asking for emotional connection (AKA “love”) is asking for a luxury. Having a problem with “love” is a first-world problem because somebody like Betty Draper never had a really problem in her life.

Written By
More from
Are you looking for a younger wife? Well, congrats – you are...
Read More