This is a story about a Hispanic woman’s life in New York. Not every Hispanic girl is lucky enough to become Jennifer Lopez, so let’s have a look at this Hispanic lady’s reality.

Not attractive enough; being a virgin forever; feeling sexually challenged because sex has been associated with pain; always get friend-zoned! (the No. 1 reason why she gets friend-zoned is because men don’t see her as a sexual woman – without visual and physical chemistry, there is no way for her to display her other attractive qualities or her high value.)

This Hispanic woman looks average, like a regular woman in the street who fades away in the background, wearing glasses, 160cm tall, curly hair – a bit like an older version of a high school nerd. Recently, she started to learn how to use contact lens so that she looks less like a high school nerd. 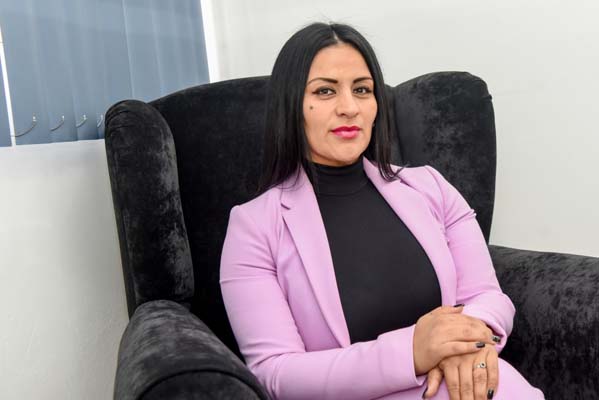 What kind of clothes does she wear?

Black, white, grey outfits when going to work. Occasionally, she wears a blue bubble dress when going out.

What car does she drive?

She lives in New York City and uses public transport because it’s incredibly hard to find a car park in the city. Her workplace is in NYC too, so it’s very convenient for her to use the subway.

What does she eat?

She skips breakfast because she always wakes up late; she eats a sandwich and a salad for lunch; she eats steak/curry chicken for dinner (either cook by herself at home or in a restaurant). She doesn’t like cooking, because she is never good at it!

This Hispanic woman secretly likes old music, e.g. Louis Armstrong. She is concerned that her friends may laugh at her because she doesn’t know much about modern pop music.

The fact that Donald Trump might win the election makes her want to leave the United States – she heard that Donald Trump is anti-women and racist, so she looked at Donald’s picture on the Internet and decided that he looks like a monster (she doesn’t know much about Donald Trump, in fact). She didn’t want to vote for Hillary Clinton either (because she didn’t like Hillary when Hillary decided to put up with Bill Clinton’s affair), but if she can only choose one from these two, she will still vote for Hillary Clinton.

How would this Hispanic woman describe her life so far?

“My life is interesting with activities such as going out for dinner, catching up with friends and painting at home with old music in the background. I’m an in-house lawyer of a family law firm with a decent income, about $150,000 per year – although this is not a high income among lawyers, I’m doing okay compared with most people. But I don’t have a boyfriend – I always get friend-zoned every time. Last year, as a 34-year-old virgin, I tried Tinder and had a one-night-stand which scared the crap out of me: having sex was incredibly painful – what was wrong with me? The penetration eventually failed, and I ended up doubting whether I can have sex or not. I never told anyone about this episode. In general, guys see me as a nice girl and think I should be their friend, but nothing else. It’s frustrating. Maybe I’m not good enough. Every day when I look at myself in the mirror at night, I think I am looking older – my eye lids are falling down!” 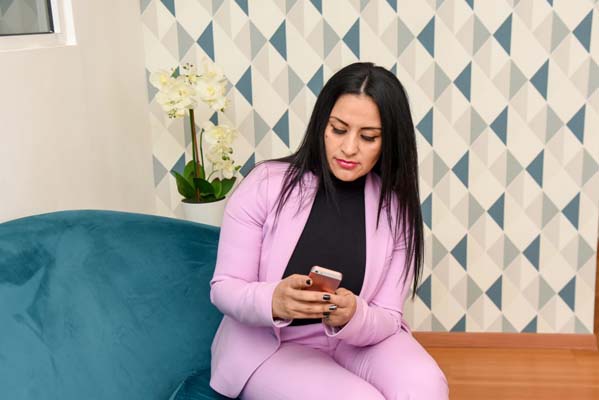 What is her name?

“I woke up feeling groggy, but I didn’t hit the snooze button, because I had to arrive at work on time.

I didn’t have time for breakfast, so I quickly ran out of my apartment and got into the subway.

On my way to work, I listened to a podcast called ‘the School of Greatness’ which is okay, but Lewis Howes doesn’t really address anything in particular – his content is all generic.

I arrived at the company at 9:01am, hoping my boss didn’t see that I was the last person that arrived at work.

At lunch time, I quickly had a salad and a sandwich downstairs, wondering how I could feel better after dealing with so many anxious people and negativity on a daily basis. 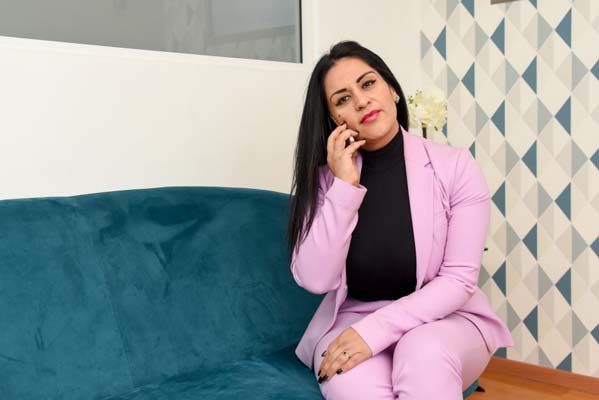 In the afternoon, I started to do paperwork at my desk, thinking really hard to help our clients get the results they wanted.

Before finishing my work for the day, I answered 5 phone calls from potential clients who were asking me questions about how to prepare for a divorce. 2 of them cried on the phone.

At 5:30pm, I was exhausted and was on my way home, listening to Lewis Howes talking about how to run webinars because I didn’t finish listening to the podcast in the morning. I was wondering, ‘As a well-educated and intelligent woman, why don’t I feel great? If I really follow Lewis Howes’ advice, how am I going to sell my legal advice? Is that even doable?’

Too tired to cook, I bought take-away Indian food home.

While having dinner, I was thinking about my next painting.

After dinner, I finished my painting which was started last Sunday.

Then I sold another painting online, feeling accomplished.

I had another anxiety episode before bedtime (the person in the mirror looked older and older), so I tried very hard to calm down.

I finally fell asleep after 1am.”

In reality, most women aren’t as hot as celebrities. Truthfully, the majority of Hispanic women aren’t as sexy as Jennifer Lopez. I know this isn’t something that people want to hear because most people want to say “Every woman is beautiful” in order to be politically correct. But I’m not here to lie to you and tell you what you want to hear – I’m here to tell you the truth so that you can make the right decision for yourself.

Don’t get me wrong. I’m not saying Hispanic ladies are unattractive. I mean most Hispanic girls that you can meet are probably not going to be as alluring as Jennifer Lopez because most people are not movie stars.

If you decide to find a practical wife who cares about you and kids, marrying someone like Katie is actually a pretty good idea – she is reasonably attractive, traditional, well-educated, intelligent and hardworking. What do you think?

“Are you sure you want to marry a 35-year-old virgin?”

Written By
More from
Men and women are biologically programmed to attract each other, as long...
Read More