If you’re a guy looking to use Facebook for dating, then check out these tips before you make any mistakes. Facebook can be a great way to break the ice and to get to know someone in a more casual way. It can also be great for guys who are shy or who don’t feel completely comfortable approaching women they like in real life. But, how you conduct yourself on Facebook will directly affect your chances of ever getting a real date.

DO friend her after you’ve actually met her.

Girls will quickly get creeped out by guys who find them on Facebook who they’ve never actually met before. Even if you have managed to find a girl through a mutual friend or random searching, make sure you actually meet them before sending that friend request. Otherwise, you’ll probably get deleted, and if you do meet her in person, she might recognize you as “that guy that found her on Facebook” and you will have ruined your chances before getting one.

If you have mutual friends, go to those friends and express an interest in meeting her and ask to be invited to the next group event that she’s likely to be at. Keep it casual. Your goal should only be to get to know her better at this point, so stick to finding out what she likes and more about her. If you do mention having seen her on Facebook, it should be in the comments on the post of a mutual friend. If things work out, you can safely tell her later how much you checked out her profile before meeting her, but for now, avoid revealing just how much you know about her through Facebook.

DO NOT fake mutual interests.

If you go through her likes and click that “Like” button for everything that she likes so that she thinks you like similar things, you’re just setting yourself up for failure for two reasons. First of all, if she realizes what you’ve done she will likely label you a creeper and not want anything to do with you after that. Secondly, by pretending to like the things that she likes, you’re being dishonest and not true to yourself. When the truth comes out later, it is likely to ruin the relationship because she will feel like you are a liar, and may lose her trust in you.

DO NOT be annoying. 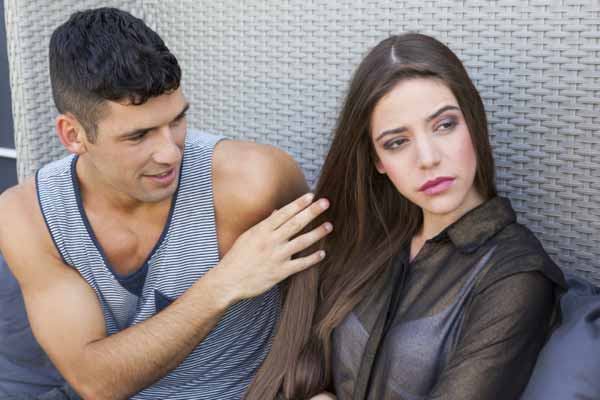 If you posted something on her wall or sent her a private message that she hasn’t replied to, don’t keep posting, commenting, or messaging her to elicit a response. More than likely, the only response you will get from that behavior is getting blocked. Instead, be patient and wait for her to respond in her own time. If she doesn’t reply to you, you can continue to comment on her posts occasionally, but don’t comment on or like everything she posts.

DO NOT embarrass her.

In today’s world, pretty much everyone is on Facebook, which means you should assume that everyone she knows will see everything that goes onto her Facebook. That means her grandmother, her young nieces and nephews, and her co-workers or her boss. Be sensitive to what you say to her and tag her in because you don’t want to embarrass her in any way. Posting an inappropriate picture of her or tagging her in a questionable post is a sure way to alienate yourself from her. It could also put you at odds with her family members, which makes pursuing relationships difficult.

If you’re looking for a real relationship, you need to be constantly moving toward offline connections with her. At the beginning, that means inviting her to social events with groups of mutual friends. As you develop a deeper connection with her, that means inviting her out to places just the two of you. It’s important for any relationship that has a digital aspect for that part to be minimal. After a while, you should be primarily communicating through text messaging and maybe even phone calls.

Once you’ve got the girl and things are going well or not-so-well, what’s important is that you keep what is private… PRIVATE. This is another part of not embarrassing her. Think of it this way: if you wouldn’t stand up at a family function or church service and announce what is going on in your relationship, keep it off of Facebook. A shocking number of divorces today mention Facebook. When you keep your relationship troubles between you and her, you have a much better chance at a real relationship.

Always keep in mind that while Facebook can be used in a positive way in relationships, it can also be very harmful, so be careful and remember that once something’s been posted online, it can be hard or even impossible to get rid of. There are also a lot of guys out there that use Facebook and other sites to try to take advantage of women, so it’s important to make sure you conduct yourself in a way that is honest but careful as to not get categorized with the creepers out there.

Written By
Svaxa
More from Svaxa
Many want to hook up in UK smart girls since British women...
Read More