If you are like most American guys, you have only dated American women in the past. However, you may now find yourself interested in or already dating a Latin woman. It’s important to note that there are a few key differences in what Latin women want as opposed to what American women want. Before we begin, please bear in mind that this is just a generalization, and does not apply in all cases. It is, however, a good set of general guidelines to go by.

For most Latin women, family is everything, starting with the immediate family and going to the whole extended family. Many Latin women (and men as well) live with their parents until they get married and continue to spend a lot of time with their immediate family after moving out of the house. They count aunts and uncles and cousins as close relatives and many households include a mixture of relatives from both sides of the family. It is extremely rare to find Latin women or men who are living alone.

Because Latin women have such a strong family sense, it’s important to get to know her entire family as you get to know her. They will have a much stronger voice in who she dates and marries now, and how she raises her children later compared to an American woman. Before you can marry a Latin woman, you have to realize that you’re also marrying her entire family, and they cannot be avoided as they might with American women. 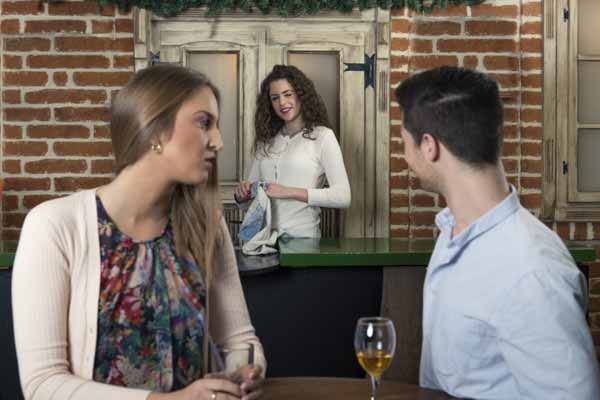 Many modern American couples believe in “open relationships” where the guy is still able to flirt with (and sometimes more) with other women, and the woman can do the same with other men. However, Latin women typically have a much stronger sense of loyalty to their partner, and they expect the same loyalty in return. That means you have to be ready to commit fully to the Latin woman in your life, and give up those guys nights out to the strip club. If you want to make it work with a Latin woman, she has to be the only woman. Period.

The great news about this is that she’ll be fiercely loyal to you, so you can breathe easy when it comes to her relationships with other guys. This is not to say that no Latin woman will cheat ever, but it is to say that generally speaking, Latin woman are loyal to the end and won’t be found chasing after other guys. They want you to be their everything just like they want to be your everything. Of course you can still grab a beer with the guys just like she’s still going to go shopping with her girls, but you should expect to always come home to her at the end of the day.

Latin women see relationships as a partnership. That means she expects to have an equal say in any decisions you make, and may become upset if you make major decisions without asking her about it first. When it comes to Latin women and marriage, this becomes even more important. In most Latin countries, marriage is seen as a partnership where the married couple are the most important part. This differs greatly from American culture where once children come along, the children are often the focus of the marriage.

Included in this desire for partnership is deciding on things like marriage together. Most Latin women don’t necessarily expect a big elaborate proposal or an expensive diamond ring. They expect to be a part of a decision to get married. Many of them are happy with a simple engagement ring, so don’t stress too much about the proposal because most Latin women want a discussion rather than a song and dance. If you’re a traditionalist, go ahead and get down on one knee, but make sure she’s ready for it.

The social class a Latin woman falls into will have an effect on how she views things like housework and other types of manual labor around the house. Many Latin women from upper class families were raised with maids and cooks, so they may not have ever swept a floor or cooked a meal in their life. While this may be hard for Americans to understand, it is completely normal in Latin American cultures. They would have also grown up seeing their parents hire people to do repairs around the house and yard work, so it will also be difficult for them to understand that you mow your own lawn.

In order to make any relationship work, it’s important to understand the upbringing and differences in culture of the other person. Because Latin women tend to have backgrounds and social expectations that are vastly different from those of American women, it’s important that you understand those differences and make sure that they don’t have a negative impact on your relationship. Taking time to talk to your partner or romantic interest about all of these things is a great start, since Latin women value honesty.

Written By
More from
A major Romanian women dating website released an interesting report regarding why...
Read More